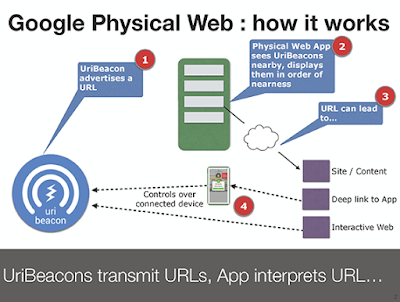 Today, our mobile screen occupies many apps. In fact, we have a screen full of different apps. While it may not transpire exactly I’m about to share, undoubtedly we’ve been led to believe that there is an app for almost everything. Healthcare is not an exception to this. According to ‘Markets and Markets’ report, free apps constitute almost 90% of the download market of healthcare applications, and the global mobile healthcare market is poised to reach $20,683 million by 2018 at a CAGR of 26.7%.

Is there any business opportunity? Yes, there is. It is projected that over 268 billion apps downloads may generate near about $77 billion worth of revenue. Notwithstanding this business opportunity, the future of apps looks very bleak. Hardly do I think the apps will ever hit the goldmine. Bear with me as I run through my context behind making such a sweeping statement.

So, where exactly the future is heading towards?

We already see too many apps being launched every now and then. There’s an app for everything, but now, with more than 1.5 million+ apps in the iTunes store and another 1.6 million in Google Play, users are getting app overload and over bored. There are many people like Vijay Anand who believe that apps providers may eventually turn into API providers, and the operating system on whose platform everyone has built their base on, wins the game. However, I differ, because one of the major problems I see is- how long those apps have to keep up with an ever-expanding landscape of APIs and wireless protocols of IoTs. Not really, Google may want those apps to become API providers.

In fact, Google wants to scrap apps altogether and get back to the web through Eddystone-URL. Yes, you’ve guessed it right. I’m referring to “The Physical Web”, a new project from Google’s Chrome team, which is believed to change everything we are connected to each other digitally.  Eddystone-URL is a new beacon technology that has a huge potential to impact everything from healthcare to self-care. This essentially means Google thinks URLs, not apps, are the future of the Internet of Things (IoTs).

“The Physical Web isn't about replacing native apps: it's about enabling interaction when native apps just aren't practical. People should be able to walk up to any smart device - a vending machine, a poster, a toy, a bus stop, a rental car - and not have to download an app first. Everything should be just a tap away,” reads The Physical Web.


To my understanding, the contextual discovery of our physical world to access information and content would be a browser-based, not an app based. This may allow users and local businesses in particular to provide relevant content and more targeted advertisements based on their physical locations.

So while the IoT is growing with a large collection of smart objects and millions of devices connecting to the Internet, the Physical Web aims at becoming the ubiquitous layer of our interaction that makes it possible for all of to use all those things in a smooth, intuitive way through web and links, not through apps!
Written by Munaz Anjum