Munaz Anjum
Friday, March 07, 2014
google versus microsoft helping customers youtility
One of the most important reasons as why Google is growing like Topsy while Microsoft’s growth is at least not very significant is the difference between just two letters – helping and selling, basically YOutility.

In today’s hyper-saturated economy, product messages no longer break through like they used to a few years back. Providing helpful information to customers does all the magic. Nevertheless, we overhear CEOs yelling at their management, "we are not here to do a charity" for any extra non billable hours if given to a client. They quote exorbitantly to their customers for any type of work they do. More than helping customers, they aim at commercial gain first. Thanks to Jay Baer’s “Youtility”, a modern marketing approach that says, “the difference between selling and helping is just two letters, but it makes a great difference to a business.”

Most of the companies, be they startups or well established, use a combination of both digital and traditional marketing strategies such as setting up booths at some international exhibitions, sponsoring their products, working with partnership, television advt., SEO, PPC, email campaigns, and what not! In fact, they use all bait and switch tactics to sell as much as possible. When customers complain, these companies get down to brass tacks, and miserably offer information to solve their problems. Such companies often employ eager beavers to eat crow, and pacify an irate customer.

The way I look at this marketing tactic is more of a kind of sales-oriented than help-oriented behavior. There is some inherent problem that I see in such type of marketing approach. They hype their products and make grandiose statements as if all their geese are swans. Notwithstanding, Youtility holds a different belief, yes a belief that preaches "marketing is all about help but not hype."

Baer’s modern ‘Youtility’ marketing concept has inspired me to share my thoughts on Google’s vs. Microsoft’s marketing strategies. Why Google and Microsoft? Because, there are several areas where Microsoft and Google cross paths, and the two have taken each other on in their native product categories, and expanded into new markets as well. It’s interesting to see which of these two companies have successfully embraced the tenets of Youtility.

Google, in many ways, have helped billion of users solve their real time problems while Microsoft sells their products to address their customers' problems. The helping and selling approach distinguishes their marketing strategies. Its no wonder to know as why Google is just growing and growing farther while Microsoft’s growth is at least not very significant is the difference between just two letters – helping and selling.

The whole vision and mission of Google is different from Microsoft for obvious reason. Business Insider has written a very good article “Microsoft Has An Identity Crisis” that outlines how Google’s diverse investment across self-driving car, Calico, and moonshot projects may possibly help humanity address some of their biggest pains in their lives.

Bing has never been the core strength of Microsoft. On the other hand, Google has built their competency in search over a decade. Google’s mission is to organize ‘world’s information’ –A Youtility approach - while Bing’s mission is to copy Google to monetize their product, and take the search share! That's why Microsoft is disrespected – the company just copies what other tech companies do.

While copying a product is not a bad thing as long as someone uses ‘Youtility’ approach (helping customers to solve their problems) more than just creating ‘utility approach (selling product to solve their problems). Google copies Apple, even Amazon copies Apple, Facebook copies Sanpchat. Copying is OK, but the real business growth comes in when a company creates Youtility with some remarkable innovative products. Google, of course, is a winner here.

G+, for example, is burgeoning with all success. Google has used Youtility marketing approach to gain the popularity among millions of users for G+. Day by day, the popularity of G+ as a social layer is increasing by leaps and bounds. 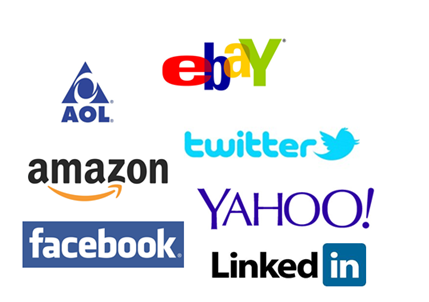 However, Google is not just an example that clichés to Youtility. There are companies like Facebook, Amazon, LinkedIn, Yahoo, AOL, and eBay that have reaped success due to their Youtility marketing strategies. There are even some smaller companies that are embracing Youtility, and they are thriving on. Rivers Pools & Spas is one such company that is gaining all traction in the marketplace these days.
Microsoft being a software company may not have thought of ‘Youtility’ marketing tactics. Instead, like any other traditional businesses, the company has set up their base on a pure classical economic model – create utility, and sell it for a windfall gain.

With a paradigm shift in technology, marketing is changing and so is customers’ behavior. Satya Nadella, now on board as a new CEO, let’s hope, he redefines the mission of Microsoft something like –“We make everyone's life better with new technology” which, I believe, would be more than sufficient to embrace the change – Youtility!
Written by Munaz Anjum