Munaz Anjum
Tuesday, July 08, 2014
G+ google ranking social media and SEO social signal
Ever since the online world was stormed by social networks of all sorts, right from the ubiquitous Facebook to Twitter to little less known likes of Pinterest, their role in affecting Google rankings has been questioned, examined, and discussed by experts and enthusiasts alike. Should social media be a primary part of your SEO strategy?  If yes, what are the various social signals that affect the SERP? 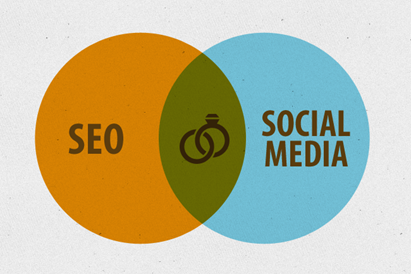 The talks about influence of social media on search engine rankings go as long ago as 2010, when the leading search engine specialist and editor-in-chief of Search Engine Land, Danny Sullivan suggested in his insightful article that Google and Bing have added many social search features over the past year.  Back then, there were only two social media networks that everyone cared about, and that were Facebook and Twitter.

Fast forward to the current era, and you will be surprised to know what Google thinks about the social signals, particularly about Facebook and Twitter’s role in increasing search engine rankings. When Google’s spam engineer Matt Cutts was asked in his webmaster video help whether Facebook and Twitter signals are a part of the algorithm, here is what he replied:

Facebook and Twitter pages are treated like any other pages in our web index so if something occurs on Twitter or occurs on Facebook and we're able to crawl it, then we can return that in our search results. But as far as doing special specific work to sort of say “you have this many followers on Twitter or this many likes on Facebook”, to the best of my knowledge we don't currently have any signals like that in our web search ranking algorithms.

So, Google’s stance is pretty much clear with this reply, and that refers to not considering social signals from Facebook and Twitter while doling out query results.

So why is everyone including social media in their SEO strategy?

There have been multiple studies on the role of social signals in organic SEO rankings, and the findings have made it quite too obvious that there is a definite correlation between social signals in increasing with time, which gives rise to several question:

In addition to these measurable and tangible social media metrics, there are other factors that have an indirect impact on the search rankings such as increased citations, improved brand awareness and new brand reviews on various review sites such as Google Local, Yelp and others. Besides, customers that have become familiar with your brand through social media are more likely to become repeat visitors, have a greater chance of staying on the page and better engagement in the form of comments and UGC (User Generated Content).

Google+: A social experiment that has SEO benefits

When Google started Google+ many thought of it as a competitor social network to Facebook. However, little one had a clue that Google had different plans. An inseparable part of the Google platform, G+ actually serves a greater purpose. This post at Moz, describes in very clear terms how Google+ is passing SEO benefits to websites. Thus a social networking platform now has become one of the most important medium for improving the SEO of your brand. With Hummingbird, one thing that has become clearer is Google’s better preparedness for processing social signals.

The future of social signals for SEO

Even if Google is not extensively using social signals now, they certainly intend to use them in the future.  Here are some reasons for the same:

Saurabh Tyagi is a new media enthusiast, blogger and avid follower of latest social media trends. His articles help candidates looking for SEO jobs in the industry as they provide a detailed insight into the most recent and relevant trends in search engine marketing.
Written by Munaz Anjum