My Lost 'Heroes' in 10 K Run in Hyderabad 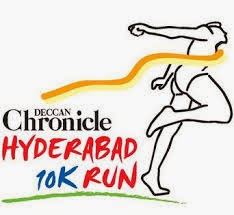 At 5 a.m. on Sunday, with the sky dark filled with heavy patches of cloud and the road slippery due to cyclonic rain (Helen), I drove through Hi-Tech city to  People’s Plaza, Necklace Road, close to Hussain Sagar Lake, Hyderabad. Heavy rainfall a day before made it seem impossible for me to drive smoothly due to potholes on flyover and road, near Hafeezpet.

I was a bit hesitant to go for the Hyderabad 10K Run due to scary weather, but I mustered some courage over my "drooping spirit" to get ready for the marathon. I defied the weather and cold to hit the place where thousands of participants were already warming and gearing up for the run. I too felt some sense of pride in myself to be the part of this crowd by defying my cowardliness, and felt that all these people might have come here facing similar adversity to run for the charity. I had my personal agenda too, as I wanted to demonstrate my grit in staying fit despite my recent diagnosis of a higher glucose in my body. Blame my gene that has caused this, but I’m determined to betray my gene with routine exercise.J 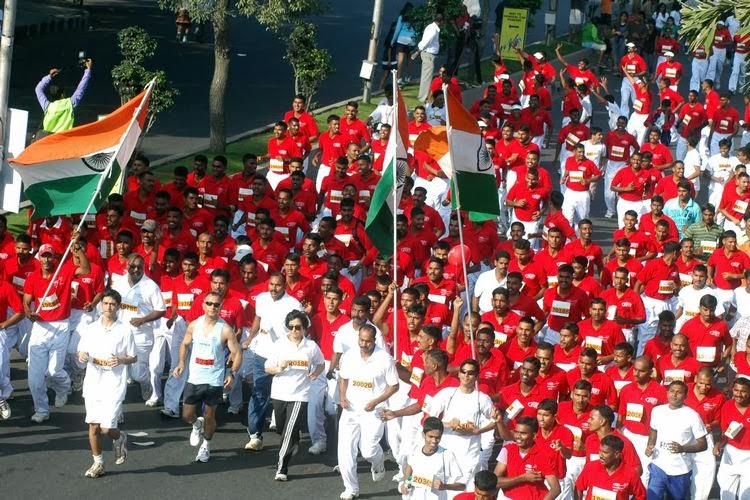 I parked the car in a lane opposite to NTR garden, and set my foot ahead for People's Plaza. The atmosphere was awesome with some hip hop music and dance being played and performed on the stage. I saw from a distance, some people of Shiamak Davar Institute of Performing Arts (SPIDA) were performing stage shows. It was a great fun to see a massive turnout including social activists, athletes, police, media, celebrities, artists, politicians, school children, corporate employees, NGOs, charity organizations, amateurs, and many others. Really, this shows the ‘Unity in Diversity’, the true spirit of India. Never saw such a festive mood among all. I also saw some athletes from Nigeria, who ran as fast as light at the flag off, and thus clinched the honors in the elite category.