We hear lots of buzz on Google’s semantic search these days. I have been consistently following authors, bloggers, speakers, and Google for any latest progress on semantic search. I’m also reading posts, books and listening to stalwarts’ viewpoint at G+ hangout on semantic search. There is no denying the fact that the future Google would be an answer engine that addresses the search queries of users directly, instead of showing just 10 blue links but there could be possibly some limit to such search queries. If relevancy that maters, and delivering search results is all about understanding the intent of users, not necessarily the key phrases they type in, the question is –what changes that Google may bring in its advertising model? Will it be CPC or CPM? Or, will it be a different semantic advertising model?

Ever since Google made it official in Feb, 2012, and Wall Street of Journal (WSJ) covered the update, the advertisers are still keeping their fingers crossed, and eagerly waiting to know the search engine’s advertising model since there is no much clarity, nor has anyone written the possible Google’s advertising model. 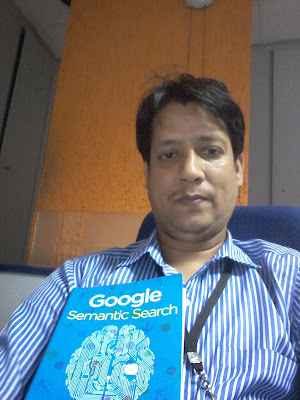 Recently, I have bought a book ‘Google Semantic Search’ by David Amerland, absolutely, a must have book for marketers that describes how ‘Google semantic’ search is a game-changer for businesses across the world!  David has written and spoken whole lot of how semantic search affects all aspects of marketing, and it changes the way the end user behaves at the point where he/she consumes the content provided by search.

The one point that I feel is left unaddressed in David's book is –how does Google change its advertising model’ in semantic search? For organic, we can understand but for sponsored results, we need to understand. We can’t simply predict the outcome of a ‘change’ by looking at the one side of the coin. We need to look at both sides. Talking just on organic search while ignoring the outcome of sponsored results in semantic search is definitely not a ‘semantic approach’. For any business, both sides are equally important to understand rather than emphasizing the one side more heavily and ignoring the other side completely. 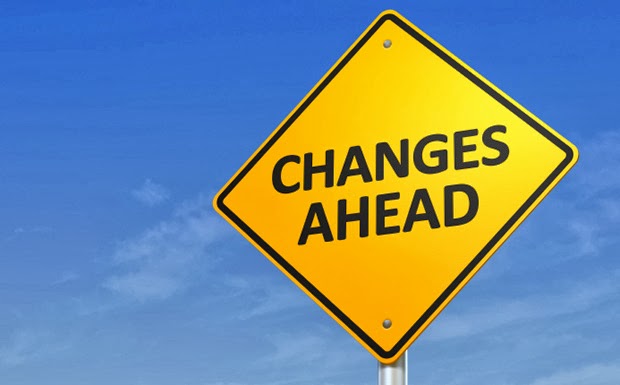 While the search engine aims at providing ‘relevant results’ by understanding the intent of users’ in a semantic search, the EPB (Exact, Broad, & Phrase) approach may definitely take a back seat in near future. Google may not give the same ‘control’ to advertisers as they have now. ‘Enhanced campaign,’ a default choice for advertisers now, is a signal, sufficiently to understand for industry pundits about a gradual shift of ‘controlling power’ from advertisers to the search engine.

Google is taking all initiative to move from a traditional search engine to conversational, and finally to becoming an answer engine due to a gigantic web data that exists today in a more structured form. But as I said, there could be some limit and it would not be possible beyond a point.

Definitely, such move is more than welcome as long as it gives a great users’ search experience, and addresses users’ queries directly. However, such ‘shift’ may not only directly impact the search results for 10% to 20% of all search queries or tens of billions per month, but also impacts the Google’s advertising model, more positively than negatively, I believe. 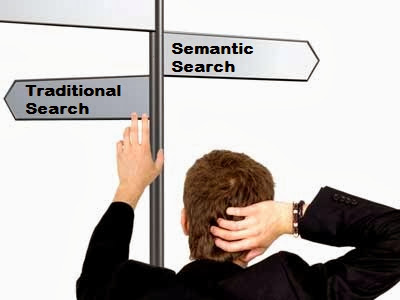 Logically, if we assess both these impacts, we’d have doubts if Google ever dares to encourage such shift that impacts its advertising model, even by 1%. It’s still unclear as how Google’s search ads would change in response to the overhaul.  Neither do the search industry analysts have answer nor do Google advertising people have anything to say at this point of time. 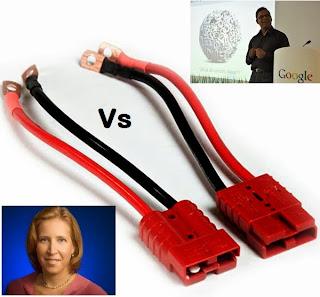 Relevancy does matter in both organic and non-organic semantic search. While we have heard a lot of relevancy factors in organic semantic search but heard nothing about relevancy in non-organic search. It could be due to the fact that Google may not like to go with the same speed and touch both the areas, for its too risky to experiment the goose that lays golden eggs. Moreover, both the departments are separate. Google’s search ads that appear next to search results are handled by separate teams inside the company while organic teams are different. So, one department (Amit Singhal, senior vice president Google) knows how to take Google conversational search to a conversational search while the other department (Susan Wojcicki, SVP of Google advertising), seems to be waiting until the new experiment of ‘semantic search’ fully transforms Google to Google 2.0 or Google 3.0, whatever you call.

To my understanding, semantic search may apply to only ‘search queries’ (who, what, why, How and where) besides some other 'relational search queries' in general. Not sure if Google can ever replace it’s ‘keywords’ or ‘key-phrase’ search results 100% for obvious business reasons. If semantic search results impact 10-20% search queries, why considering this as ‘game changer’? Still, marketers would have 80%-90% scope to continually game the system, right? Yes, it is, but it would be hard and becoming harder as the search engine encompasses more than 200 ranking signals,  would continue to apply more filters, and incorporate more human factors.

With all respect, I disagree with David who in his book, page 15, has written that Google chose B (find a way to make gaming next to impossible, and ranking redundant.) Instead, I would say Google opts for both options - A (apply penalty, more ranking signals, algorithm updates, etc.), and B. Opting for ‘A’ is due to the fact that Google continues to combat the SEO spam, and considers trusts, and reputation more than anything else. The search engine also opts for ‘B’ which is due to the fact that it is the ‘necessity of time’ to make its vision accomplished that may put Google in a different avatar. Thus, the search engine is resilient by force, and by necessity.

So, in my opinion, advertisement model that Google will have in a semantic search may not totally ignore ‘key-phrase’ based sponsored links, of course, relevancy may become a key approach to determine the positions of ads. While this may be true, semantic search also impacts 10-20% query, as Google answers the search queries directly. The loss would be far greater than gain because Google might consider other potential avenues such as G+, Apps, Google Play, Google Now, Google Glass, Google Maps, Personalized advertisements, direct tie-up with service/product providers for mobile users (personalized and custom ads), and monetization of other products.

We are seeing how Google is monetizing YouTube, and how they are planning for different ads formats based on the content of video. It will not be surprising to see when Google may introduce ads on Google Play, as we literally see a very big advertising opportunity out there, which the search engine would definitely capitalize. If search is changing, and semantic being the center of all debate and discussion, Google’s advertising model is changing too. Already we are hearing noises about Pay-Per-Gaze model on Google Glass. Google, as I always reiterate, is basically an advertising company that definitely creates value for users first, and then strategically devises many ways to monetize their products/services. Absolutely, there is no wrong in doing so as long as the search engine cliches to ‘Don’t Be Evil’ policy, and does not change its statement. However, we have seen the company does change its statement time to time. For example,

In 2004, one among several others Google’s commandments was “the non-acceptance of payment” for search results. Founders’ IPO letter  reads “we do not accept payment for them [search results] or for inclusion or more frequent updating.”

On May 31, 2012, Google has revised the policy and   announces shopping results will be paid for and exclude merchants who don't participate.

Mark Traphagen wrote a post in Virante.org/ - GooglePlus Ads: Will There Be Any & What Will They Look Like?. He quoted Google+ Vice President Bradley Horowitz, when asked if there would be ads on Google+ similarly to Facebook, quipped, “We don’t need ads to make next week’s payroll.”  He went on to say:

It’s much more useful (and less annoying) to users to show social recommendations instead of ads. For example, he said, if you search for a product in Google – say a microwave – you can see which one your Google+ contacts recommend.

When asked if Google+ will ever incorporate ads, Horowitz said it would do so if there’s an effective way to add them without upsetting users. ”We aren’t struggling with how to monetize,” he said. “We have real plans.” [Tweet this quote!]

I slightly disagree with Mark who believes that it will take really a long, long time (if ever) before we see real ads on Google +. @Mark, I don’t see a very long time period when Google finally announces advertisements on G+. My prediction is that Google may launch ads in G+ in next couple of years (i-e by mid-2015) unless you think it is really a long period.

If we look at the trends, Google plus moves to the second place in social networks. Android fuels the growth of G+ by leaps and bounds, shortening the ‘long period’ and thus a big potential avenue is ready for being monetized. According to SearchMetrics, not only is Google Plus projected to being thriving up and higher, but it is also projected to surpass Facebook in social shares by February 2016.