Google
Breaking News
Loading...
Home » game over » seo death » seo dying » SEO Game Is Getting Over? Thanks to SEO!

SEO Game Is Getting Over? Thanks to SEO!

Munaz Anjum
Tuesday, May 28, 2013
game over seo death seo dying
Build a better mousetrap, and the mouse gets smarter. This is what has been happening in search industry. Undoubtedly, the loopholes in Google algorithm have given birth to SEO industry that sprawled so fast to become ‘SEO Industrial complex’.
They are very quick at finding ‘alternative’ to manipulate algorithm to secure top listings, the next day after Google updates its algorithm.  In reality, Google never encourages SEO practices for any website as long as you make your site Google friendly by following its guidelines.
The growth of SEO was spontaneous that came into being to help Google plug its loopholes. Every time SEO cheats on, Google finds its leakages, and then plugs them with its super-smart programming in the form of Panda, Penguin, and so on. On the contrary, SEO Industrial Complex does not leave any stone unturned to find a loophole to cheat on Google. Very recently, I have come across an article entitled “Cheating Penguin is Easy” followed by a disclaimer note:
“The purpose of this article is to flag flaws in Google’s search quality algorithm and raise awareness about bad SEO practices. Please refrain from using the tactics described in this article on your own website."
Of course, there are best practices of making a site search engine friendly but hardly do I think of any best practices for “website optimization”. Making a website SE friendly never means ‘optimization’. The word ‘Optimization’ indicates ‘tricks’ or “tactics”, used to influence a website’s ranking on Google. All the tricks or tactics evolve around either the guess work of Google algorithm or SEO hoodwink.
Obviously Google’s algorithm is a trade secret, but as long as there is “algorithm” that indexes websites in some way to rank them for search, there will be SEOs who manipulate that algorithm, and use that skill to secure better rankings, and continue to thrive up to become a 60 billion industry. Indeed, it’s a game, and you should be perfect in gaming this system.
No wonder, Google has killed millions of businesses over a decade, and Google is killing this industry too, though slowly.
SEO will continue to be a rat race game until Google intelligently builds a really smart engine. However, things are slowly changing. Google is not what it used to be a decade ago. The search engine is getting smarter at reading contextual information, and SEO, as we ‘worship’ today, would soon become irrelevant, and die naturally.

There are many who never believe that keywords will ever become completely meaningless. Somewhere I have read someone quoting “take a look at any computer science program at the top 10 institutions around the world. Every single one of them has a human-computer language interface course of study. It’s only a matter of time before Google and the other search engines can pick up context and sentiment nearly as well as a human. At that point, all that will matter is the content on the page.”
Google has been proposing the following areas to focus on to a webmaster/inbound marketer for a long time: 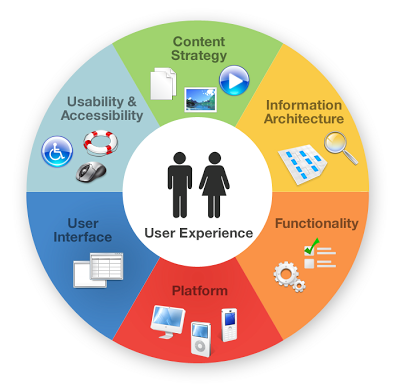 Great Users’ Experience: One of the key metrics to measure ‘great users’ experience’ is organic CTR. Already; Google is tracking and collecting information about a site’s CTR. One can check the data in Google Webmaster Console. A higher CTR possibly determines the organic quality score (OQC) of a web page similar to AdWords.
A higher organic intuitively shows users’ preference or likes. It becomes hard for inflating organic CTR arbitrarily.
If a site is optimized arbitrarily by cheating on Google algorithm, the ranking of such web page gets pushed to lower positions due to gradual decline in CTR. Thus, the key-metric to determine great users’ experience is a higher CTR that can be further segmented into different parts such as fast web page, responsive website (multi-device compatibility), time spent, users’ reviews, rich snippets, benchmark against competitors, branding, usability, and so on, apart from considering social KPIs (I would talk latter). All these KPIs grow organically sans any manipulation. 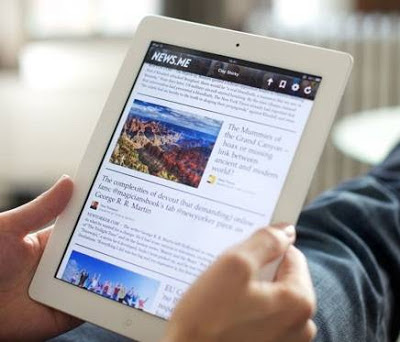 Relevant and Quality Content: So far Google depends on backlinks, Meta tags, header tags, anchor text, Alt Tags, etc. to determine the quality content and the relevancy of a webpage. However, these metrics would be slowly going away, as Google has already started indexing content based on ‘reviews,’ ‘likes’, ‘shares’, ‘tweets’, +1d, ‘comments’, basically social KPIs.
All these metrics are trustworthy because Google displays results based on what users are literally loving, trusting, and liking. Google has now access to tons of data, including information from its Chrome browser as well as Google Analytics. Universal Analytics and Tag Management would be game changers that provide a pretty good information to Google, and help the search engine know what is good and what is bad.
Natural & Social Links: Already, SEO Industrial complex has agreed on the death of links, for their every tactics used are discouraged by Google. Their restlessness has increased these days.
Google has officially announced ‘a no link baiting’ technique, and introduced ‘disavow’ but many SEOs find it tough to use this feature in GWT, for it’s the most dangerous part to touch. Google is penalizing a variety of links such as reciprocal links, rel=nofollow links, sponsored links, links from bad neighborhood, directory links, and artificial cum non-artificial link techniques.